FREE guide to getting your kids outdoors!
Skip to content 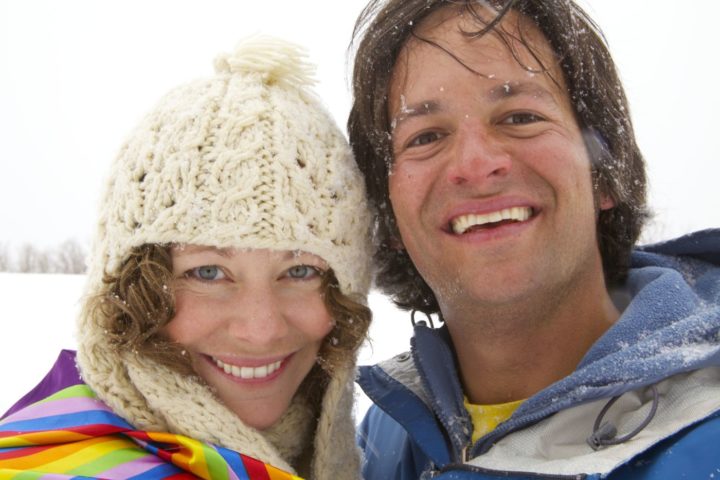 Jeff and Paige use songs, storytelling, and interactive play to engage kids with nature, music, and movement. They have a large regional following in Colorado and a growing audience nationwide. Their primary Colorado audience is Denver, Boulder, the Greater Front Range, & mountain community residents. These are families with kids aged between 3-9.

Through their live shows and six different albums Jeff and Paige have reached thousands of children with their joyful spirit of play and passion for ecological awareness. They have won several awards for their music and musical programming: 2019, 2016 and 2013 Parent's Choice Awards, 2016 National Parent Products Award (NAPPA) Award, 2013 and 2016 Parent's Choice Award, 2014 Creative Child Magazine CD of the Year Award, and Colorado Alliance for Environmental Education Award (CAEE) for excellence in programming. 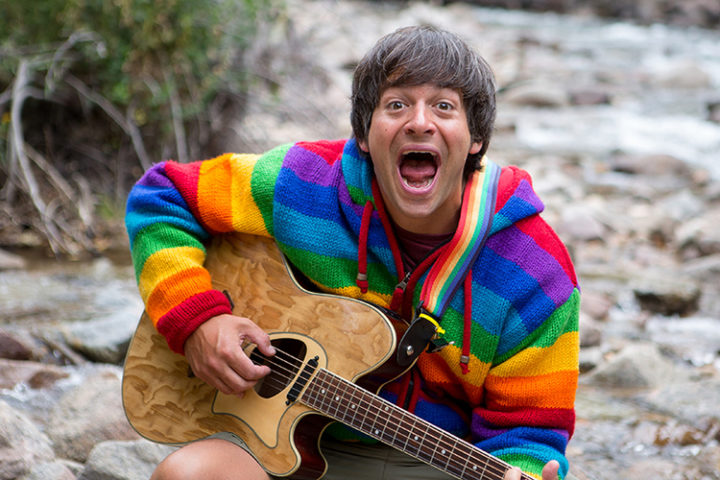 Jeff Kagan was raised in the suburban wilds of Grand Rapids, MI and went to college at Michigan State University with unwavering intent to study medicine. He received his undergraduate degree in Zoology and prepared to take the MCAT for admission into Medical School.

Little did he know that the great big world would steer him in a different direction. Through a series of nomadic travels, a series of month-long backpacking trips and a slew of seasonal jobs Jeff discovered a love and passion for the natural world. When a friend suggested applying for a teaching position at a residential environmental education camp Jeff locked into the joyous, goofy, heartfelt course of teaching from which he’s yet to veer. “Depending on the day teaching about science and nature has led me into amazing mountain meadows, full-body coyote costumes and onto festival stages with my guitar.”

During a summer job staffing the desk at a youth hostel on Cape Cod, Jeff learned about the Audubon Expedition Institute, a cooking-outdoors, camping-every-night, meeting-environmental-professionals-across-the-country Master's program set on a traveling, biodiesel school bus. It was here that he met his future best friend, colleague, and wife, Paige.

In graduate school Jeff began to explore teaching complex ecological concepts through music with early songs such as “Tree Technology” (photosynthesis), “Everything Used to Be Green” (human development of natural spaces) and “Great Story to Tell” (what to do if you see a mountain lion or bear in nature). Working for the City of Boulder’s Open Space and Mountain Park’s Department, Jeff’s fun-loving boss Steve Mertz gave permission to lead a short, weekly hike for families. “Every week I’d lead a small group of small people into Chautauqua Meadow. The kids and parents would settle in, I’d tune my guitar and hide a few wigs and hats behind a rock and then perform a short concert of kids’ music.”

Never did Jeff imagine that these weekly concerts would be the cornerstone of his unique, joy-filled career. Now in its 12th season “Meadow Music” is the highlight of Jeff and Paige’s summer season with weekly crowds of more than 500 kids and parents.

“I never intended to make this my career but I’m so glad it found me. It’s the perfect combination for my creativity, goofiness, outgoing personality and love and amazement of nature.” Jeff’s favorite costumes to dress up in during shows are: poison ivy, an opera singer, a rambunctious dog and an entomologist.

Now, as a father, Jeff loves making up ridiculous songs for his son Wolf and daughter Alice. He loves biking the kids around town, hiking, camping and having Beatles sing-alongs with friends. 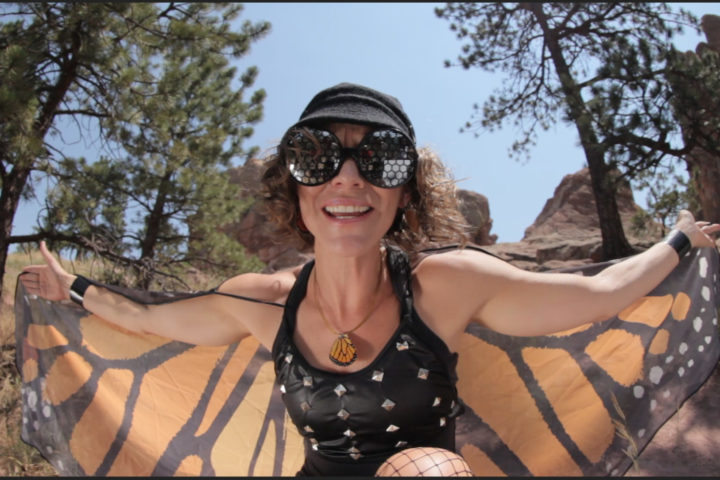 Paige Doughty grew up between Apple Valley, Minnesota and Brussels, Belgium, she moved five times between those places before she was 15! After high school in Minnesota, where she attended the School of Environmental Studies, she majored in English Literature and French Language at the University of Colorado in Boulder. After college she moved to Sydney, Australia where she taught these subjects.

It was through teaching a passionate group of middle schools students about recycling and activism that she started to think she might like to study environmental education. “I wanted to teach about something that I was really passionate about, and working with those kids showed me that their interest in living more lightly on the earth and mine intersected.” Paige helped the kids form a student group and begin a student-run recycling program at the school. She enjoyed teaching English and French but noticed that something was missing. “I’ve also always loved theater and the theatrical started naturally making its way into my lessons. One of my favorite moments in the classroom was when I had the students stage a mock protest. They got really into it, making signs and taking sides. They debated points and helped each other see both sides. I realized this was the kind of experiential and fun teaching I wanted to do.”

Shortly thereafter, Paige went back to school to get her Master of Science in Environmental Education. It was here that she met her future best friend, colleague, and husband, Jeff.

Paige and Jeff became fast friends in their graduate school experience - The Audubon Expedition Institute - which was field based and involved camping, hiking, communal living, and traveling the country. During graduate school was when the couple first began collaborating. Their first musical creation together was a tongue-in-cheek production that they put on for their fellow graduate students called, “The Spirit of Community.” “I did the choreography and Jeff wrote the music. It was well received by our fellow students, and it was hilarious!”

Paige never expected that she would be able to take her passions for science, theater and being goofy and create a career that combines what she loves most. Yet that was exactly what happened. “I couldn’t have invented this career if I had tried. It all came together slowly and then quickly once Jeff and I started working together.”

Jeff’s love of music and Paige’s love of theatrics and dance were natural complements to each other as he began writing and performing children’s music in Boulder, Colorado. Paige remembers attending one of his concerts in 2008, when he was performing as “Jeff Kagan.” She started dancing in the audience to one of their now hit songs, “The Bobcat Walk.”

“I was sitting with the kids in the front row and goofing around pretending to be a bobcat, all of a sudden the kids were all looking at me instead of Jeff!” I was embarrassed at first and tried to get the kids’ attention back towards the stage. After that performance Jeff said, “Would you ever consider coming up on stage with me?” That was the beginning of their official collaboration as Jeff and Paige.

At the time Paige was teaching an environmental class at a local high school. Slowly over the next two and half years Jeff and Paige became more and more popular and the couple decided they had enough work to make a go of it as full-time children’s musicians.

Paige is also passionate about empowering young women and girls. “I think that’s one of the great things about being a male/female duo. It's not just one or the other gender that the kids are looking up to. Parents tell us all the time that their kids play “Jeff and Paige” at home. I’m amazed at the gender stereotypes kids are already learning at such young ages. I try my best to show what it looks like to be a strong, confident woman, who communicates clearly and is comfortable being in front of a crowd speaking, singing, and acting silly! When I look out at the audience and see the kids imitating our every move I’m very aware of how we present ourselves as people in the world. I also think it’s really important to show that it's okay to make mistakes; luckily we make plenty of those onstage!”

When Paige isn’t dressing up like a honey bee and shaking “the thing that stings” or singing about photosynthesis, she loves to write, read books, and play with her son Wolf and daughter Alice. 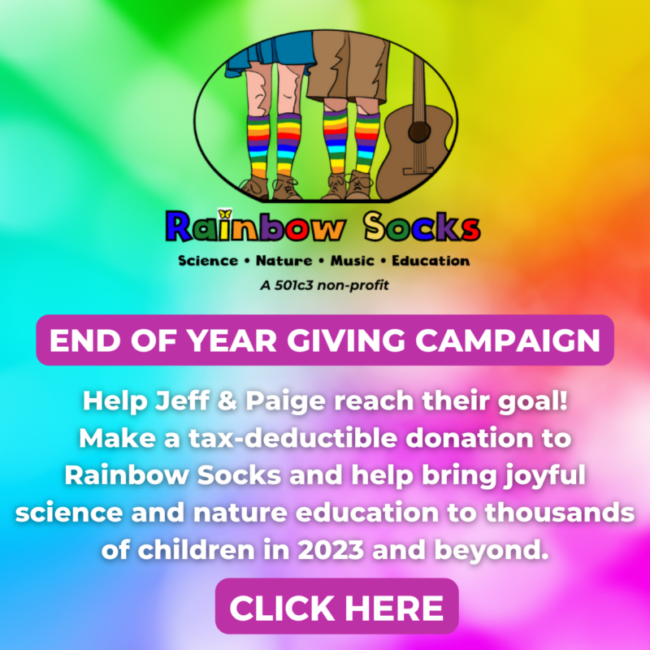